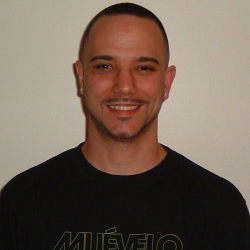 My field of research is computational astrophysical & geophysical fluid dynamics; that is, I study the motion of fluids on the scale of planets, stars, and interstellar clouds.  Such flows tend to be highly chaotic and turbulent, and so practical solutions of the equations of motion (e.g. the Navier-Stokes equations) require supercomputer simulations.  Here at SFSU, we have a small cluster called SF-STAR (Supercomputer Facility for Space & Terrestrial Advanced Research).   I also have allocations through NSF's XSEDE (eXtreme Science & Engineering Design Environment), specifically at the San Diego Supercomputer Center (SDSC).

My collaborators and I have discovered a new hydrodynamic instability that occurs in stratified, rotating shear flow. We nicknamed it the "Zombie Vortex Instability" because it occurs in the magnetically "dead zones" of protoplanetary disks, the disks of gas and dust in orbit around newly formed protostars. It is out of these disks that planets form, somehow growing from micron-sized dust into massive planets in only 10 million years (that's really short on cosmological timescales!). Another reason we called it the Zombie Vortex Instability is that once one "zombie" vortex is created, it triggers (or infects!) a neighboring region of the flow to go unstable to produce another "zombie" vortex, which then goes on to infect other regions, producing a cascade of "zombie" vortices, which ultimately  makes the "dead zones" of protoplanetary disks no longer dead, but "undead!"